But not really. Or at least, not in the actual definition of the word, but the etymological breakdown of it. A humble brag. Because I cannot possibly fathom not sharing this with you all, as it is equal parts amazing and wonderful, but it is still a humbling experience.

So, the long story short is that a friend bought my book for her cousin, an avid reader. Sometime after that, the word comes to me that not only did she like the book, but she has a YouTube channel and is going to do a video review of my book. (At this point, news of such things is as terrifying as it is exciting, as you might imagine.) Time goes by and I hear nothing. Then, all at once, there is a link in my email. “Book Reviews #40: House of Thirteen” it says.

It’s another couple of days before I can bring myself to click the link.

Reviews are scary. They can build you up, or demolish you. Sometimes both at the same time. What you hope the readers will love is sometimes built up too much in your head and they need to point that out to you. Sometimes I rush into reviews like a masochist, but those are always just words. As I learned long ago, “words can never hurt me.” Yeah, right.

This is not just words, though. This is video. This is words with pictures. 1000 words for every picture. 29.97 pictures every second of the video. It adds up to a mountain of intimidation.

But I finally suck it up and click the link, bracing myself for the ugly truth… and what waits there for me is not the reason I will quit writing, but the reason I will persevere. There’s an excitement in her voice that we’ve all heard before: that sound we make when we are excited and want to share this amazing thing we’ve discovered. Except she’s not talking about some random interest – she’s talking about my book!

It’s a walking-on-clouds kind of feeling, and it will last until I realize that I have to somehow raise the stakes in House of Thirteen, Book Two in order to meet expectations.

And that brings us back to terrified, because that’s what I’m trying to write now.

I thought this was a nice segue to announcing the follow-up to House of Thirteen. Book Two will continue the story, and take us further into the mysteries that revolved around out beloved Delaneys. I’m looking very forward to figuring out what kind of trouble Ren and Joe are getting themselves into, as well as what sisters we’ll be introduced to next. And I hope that it will fulfill my expectations, and surpass those of my readers.

To answer Gabby’s one question that I am able to (but not really) in a bit of detail: I do plan on addressing what and why the Delaneys are what they are in more detail. I hope to answer every question I have threaded into the story before I end the series. Unfortunately, there are going to be more questions that answers for the time being, but I’ll get to them all in time. If I don’t, feel free to ask me again.

If you haven’t reviewed House of Thirteen (or any of my other stories) yourself, please do.

Finally, thank you, Gabby. This means a lot to me. 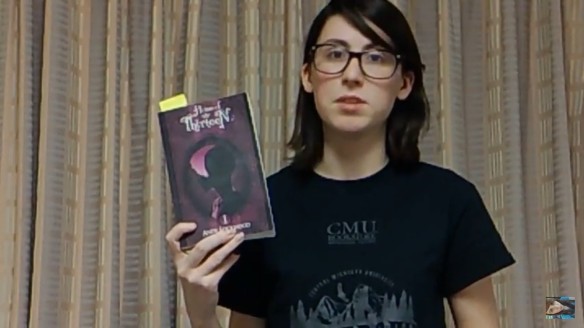 December is out today, which means that it is time to say goodbye to Ember. Time to lay the Intercalary to rest.

It’s hard to let go of characters, regardless. Whether you’re reading them or you’ve written them, you travel a distance with these people. You get attached to them.

(Yes, even when you’re killing them off systematically.)

So today is the day that I send the last of them off into the world.

The cover is a placeholder. Brian has been unfortunately overwhelmed with real world responsibilities. The black and white cover will be updated shortly. The remaining color covers will follow. I hope you’re looking forward to seeing his work realized as much as I am.

But it’s certainly not the end of surprises.

With December out, I will be turning my focus to physical copies of the serial installments. If you happen to be in Lake Orion this weekend, I’ll be at Orion Township Public Library for the Authors and Illustrators Fair and I will have copies of January on hand.

I’ll be releasing the series throughout the beginning of 2017.

As if that weren’t enough excitement for 2017, January will find me seeking comfort with familiar company. I will be returning to the Delaney House to start writing House of Thirteen Book Two. I can’t reveal much just yet, but I can tell you that it will be nice to catch up with Ren and Joe again.

There will definitely be other surprises along the way. 2016 has been an interesting year, and I feel like the only respectable response is to raise the bar for myself once again.

Get December, and please remember to review online. It’s much appreciated.

Many years back, when I was a precocious young lad, my father devised an ingenious method of education and torture – you’ve heard of edutainment? This is tortucation – or it might have been for some other kid.

When I got in trouble, my punishment was not a simple grounding. Instead, I had to read a book and write a book report. At home. Had to. The horror.

I was allowed to choose the book, but my dad got veto. I wasn’t such a fan of writing then, but I already enjoyed reading. The writing… well, you can see where that got to. I was already a reader, I don’t think anything in the world could have stopped that. I had a good system and a lot of encouragement to get me into books. But if ever there were a fundamental set of moments in my life that turned me into a reader, this is where it started.

While I got to choose many of my own “punishments,” on occasion my dad would pick out a book and tell me that was the one I was going to read. It was a test. He’d pick out books he already knew, and ask me questions about them, to see what I was getting from the reading. Often enough, I was getting the story, but not the subtext. I needed to be persuaded into understanding that – I won’t lie, it took years.

But through this process, I was introduced to many of the greats: Isaac Asimov, Piers Anthony, Anne McCaffery, Harlan Ellison… and somewhere among them was Terry Brooks. And of all the authors that attempted to cross the line from the “dad’s authors” camp into my own favorites, Terry was one of the few who truly won me over with his brand of fantasy.

When people recollect their favorite stories, when they get glassy eyed about a story, like they’ve been there – like they’ve lived there… for me, that was Landover, the magical land in Magical Kingdom for Sale – SOLD.

I’m not going to get into the story. I’m not even going to persuade you with anything but the fact that I love it. It was MY Harry Potter… long before Harry would ever figure out his legacy. It’s a series that I have never finished, mostly because I didn’t want it to end. But after last night – close to twenty-five years after that first introduction – I feel like I should finally finish it. I feel like I owe Mr. Brooks that much.

I met Terry Brooks tonight at a signing in one of my favorite places – Schuler Books, Eastwood. (There’s nothing wrong with the Okemos one, I just prefer Eastwood.) He read us a bit of his latest work, he answered all the questions we had to offer. He was charming and down-to-earth and just everything we all hope our idols will be.

Then I did something I had been debating since I parked my car.

I brought a bookmark. One of my bookmarks. On the front was the House of Thirteen cover, and on the back, I wrote something (in the car, where I left most of my wit and courage).

I wrote: “Terry – Thank you. For a lifetime of inspiration.” Then I signed it.

I handed it to him and stammered out something about hoping it’d be worth more someday. He looked at it, then he said thank you to me.

We talked for a quick second, he asked where he could find my books, and he said he’d check me out. I got a photo, we shook hands, and that’s where my moment ended. Even if it was just banter, I appreciate the hell out of it.

Seriously, Terry Brooks, thank you. For the twenty-five years of wonder you have instilled in me. For being part of a great and wonderful pantheon that I strive to one day join.

For being you. And for doing what you love.

Originally, I wanted to release this as I was getting it: in stages. But I realized that some people out there might not want to wait for the full reveal. I understand. I am impatient as well. So, I thought it best not to say anything until it was time. It has been very hard to think about anything else since NaNoWriMo concluded this year.

And not only is it time, but it’s about time. The story, I mean.

At Calendar’s End is the story of time – or the end of it. The beings that control the passage of time find themselves dealing with an adversary both powerful and unpredictable. They have no defenses against it and worse – if they fail to stop it, all time will cease to be.

The story is a serial delivered in twelve parts over the course of 2016. Each episode (except January) will be released on the first of the month, and feature an approximate 10000 words of suspense.

Because so many people have told me how they cannot wait for the next book in the House of Thirteen series to come, I decided (at least once) I would not force anyone to wait in suspense when they finished with part one. Both January and February will be available on February 1, 2016.

Pre-orders will begin very soon. In the meantime, enjoy the beautiful artwork by Brian Ritson.

Christmas is two weeks away yet. That means that most of us haven’t finished shopping. I don’t know what the people in your life want, but I can still tell you what you should get them.

Click the images to link to a rabbit hole of gifty goodness. Each of these people are wonderfully imaginative, creative souls who have put themselves into their work and deserve to be recognized for their beautiful efforts. There is far more than you see in this list.

Go on, explore away and happy shopping! 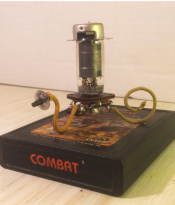 And if you still haven’t found enough gifts for all the people on your list, I hear this guy’s books are pretty alright… 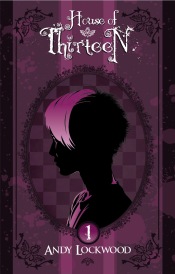 No, sorry. No emergencies here. I meant May Day… as in the first of May. So many good things are ramping up around here, that there needed to be some exclamation in the title, even if it was a little misleading. END_OF_DOCUMENT_TOKEN_TO_BE_REPLACED

Be in the know!